Someone other than Justin has to do some actual work around here and that work is threatening the US with as much clout as a pool noodle:

The Trudeau government will respond to U.S. President Donald Trump’s move to again slap tariffs on Canadian aluminum by levelling $3.6 billion in retaliatory tariffs on imports of the metal from south of the border, Deputy Prime Minister Chrystia Freeland said Friday.

Freeland said during a press conference that the federal government will hold consultations with consumers and businesses for 30 days on a broad list of products from the United States containing aluminum, after which Canada will impose tariffs on certain items from that list.

Canadians have elected a government that resembles them the most: weak, arrogant, clueless, self-important and with an undeserved sense of entitlement. It is not Trump's nor any other American's job to defend Canadian interests or even to hand it something. That's what Canadian elections are supposedly for: to elect strong and capable horse-traders who not only bargain well but don't flood their ally's markets with inferior metal from China (Canada's abusive boyfriend) nor under-cut Canadian industries and workers. Furthermore, this set of tariffs the deputy prime minister swears to impose would cost Canada more than the US.

Also - how much of that is seasonal work or simply people return to the jobs they nearly lost in March?:

Canada gained 419,000 jobs last month, more than economists forecast, as more parts of the economy were allowed to reopen.

The unemployment rate inched down to 10.9 per cent in July, data from Statistics Canada’s latest Labour Force Survey showed Friday. In June, the jobless rate was 12.3 per cent, and it hit a record high of 13.7 per cent in May.

Wow. People were totally on top of that coronavirus thing:

A Québec company that won a lucrative ten-year federal contract for pandemic masks repeatedly lobbied Industry Minister Navdeep Bains and his staff, records show. Bains’ department contacted AMD Medicom Inc. within hours of the World Health Organization declaring a global pandemic: ‘The government out of the blue reached to Medicom.’

Canada, by contrast, has received mostly favorable press. A July story from CNN attributes the country’s comparatively low rates to Canadians’ calm compliance with social distancing and mask-wearing (“most see it as their duty”), and their “unwavering deference to science.” The Toronto Star praised Canada’s “national DNA” of humility, trust and compassion.

But neither of these stereotype-heavy theories provide much useful insight for understanding what’s actually going on in North America.

For one, praising Canada’s “success” at keeping covid-19 at bay only works in a binary comparison with the United States. For much of the pandemic, Canada has consistently ranked among the 20 worst-hit nations, having passed 100,000 cases and 8,000 deaths in June. Per capita, Canada has been less successful fighting the virus than Germany, South Africa or Turkey — to say nothing of South Korea, Norway and Australia, whose rock-bottom numbers are legitimately world-class. Likewise, for all the talk of the naturally obedient Canadians, Canada actually has one of the world’s “lower rates of face-mask usage”— ranking behind the United States.

Second, in terms of land area, the United States and Canada are two of the largest nations on Earth. On coronavirus, as with anything, it’s absurd to make sweeping generalizations about how either continent-sized country has “experienced” it.

Quebec has recorded more than 5,600 coronavirus-related deaths, a number higher than all but nine states in the United States. Ontario has had more than 2,700 deaths — higher than 34 American states. If you live in Canada’s two biggest provinces, in short, it’s hardly obvious that things are going swimmingly. Perhaps they have less of that “national DNA”?

Similarly, the disparities between U.S. states — both red and blue — make it difficult to correlate the U.S. experience with any broad stereotype about American political culture. The “mask ban” imposed by Georgia’s Republican governor has been held up as the quintessential example of American right-wing misrule, yet many states run by progressive, science-minded Democrats, including New York, California and New Jersey, have faced considerably higher death tolls. It’s difficult to come up with a clear theory of what talents are lacked by New York Gov. Andrew M. Cuomo (D) but possessed in Canada by British Columbia’s premier, John Horgan. Yet British Columbia has among the fewest per-capita coronavirus deaths in the entire world. Experts have hazy theories as to why this might be, but they often just descend into vague praise for the communication skills of provincial health officer Bonnie Henry — as though the idea of having a stern authority figure go on television and tell people to socially distance hadn’t occurred anywhere else.

(Sidebar: Mr. McCullough's detractors  in the comments section- the soy socialists whose familiarity with Canada can be considered as passing at best - will, no doubt, swear to leave the US after Trump squeaks by in November but - like Robert De Niro - will not. Instead, they will enjoy still wearing their pontificating masks of sanctimony in an economy that works but certainly isn't Canada.)

Canada's Ethics Commissioner has had to hire new investigators so to examine the prime minister's and the finance minister's alleged ethics violations.

On Thursday, the office of the Ethics Commissioner posted a recruitment notice, saying that "a new staffing process is now posted for the position of investigations officer."

The Trudeau government is paying up to $84 million to a company that employs Chief of Staff Katie Telford’s husband as a senior executive to administer its COVID-19 emergency commercial rent assistance program for small businesses.

Due to the ties between Telford and her husband, Robert Silver, the Prime Minister’s Office (PMO) assures that their chief of staff has recused herself from any decisions that may involve MCAP, Silver’s employer.

MPs on the Commons finance committee yesterday questioned the scope of a federal grant that would have paid We Charity the equivalent of two-thirds of its annual revenue. Marc and Craig Kielburger, the $125,173-a year co-founders of We Charity, had testified they would not have made any gains on the agreement: “Does that seem to be a bit odd to you?”

“In the Liberals’ telling, it was all the civil service’s idea,” MacDougall wrote.

From the Most Corrupt and Inept Government Ever Re-Elected

Canadians get the governments they vote for:

The Department of Public Works yesterday would not say if it has taken any promised rush deliveries from a Québec company awarded an exclusive ten-year contract to supply pandemic masks. Public Works Minister Anita Anand had justified the sole-sourced contract on a promise Canadian-made masks would be on their way to doctors and nurses “toward the end of July”.

Why isn't this Quebec company rushing to produce ostensibly Canadian-made masks that are sorely needed and were sorely needed when the Liberal government shut down an entire country in March of this year?
**

The Commons finance committee meeting behind closed doors has voted to grant immunity to witnesses at We Charity hearings. MPs adopted a New Democrat motion to ensure “there will be no consequences or retribution” for whistleblowers: “There have been a number of We Charity employees who have indicated they want to testify.”

I suspect some Liberal back-benchers may be in the group.
**
(Sidebar: the article below was translated with an online translator. As of this writing, the contents therein have not appeared in English-language publications or news agencies.)

Having no presence in Quebec, the charitable group WE Charity had entrusted the national public relations firm with the mandate to implement the famous Canadian scholarship for student volunteering (BCBE) in the Belle Province before the storm policy provoked by the close ties between the federal Liberals and the organization in question aborted the project.

According to information obtained by La Presse , the National firm also had the mandate to implement the controversial program, which had an envelope of up to $ 900 million, in Francophone communities in the rest of the country, WE Charity (UNIS in French) being an essentially unilingual Anglophone organization. UNIS gave National this mandate on May 29 - just one week after the federal cabinet decided to award it a non-competitive contract to manage the scholarship program.

Almost a month later, on June 25, Prime Minister Justin Trudeau announced that his government was handing over the management of the program to WE Charity. But the charity decided to abandon the project on July 3 amid revelations that members of the Prime Minister's family had received nearly $ 350,000 in fees from WE Charity for speeches. during events organized by the organization. At the same time, it was also revealed that the daughter of Finance Minister Bill Morneau worked for the organization.

These revelations undermine one of the main arguments put forward by Prime Minister Justin Trudeau, some of his ministers and officials from the Department of Finance, namely that WE Charity was the only national organization with the size and competence to lead. a national program of nearly $ 1 billion, say the Conservative Party and the Bloc Québécois.

“This confirms all the apprehensions we had about this organization. When the Prime Minister tells us that it was the only body capable of doing the job, well, it was not. He could not even serve francophones. He had to go through a public relations firm, ”declared the political lieutenant of the Conservative Party in Quebec, MP Alain Rayes.

(Paws up)
**
(Sidebar: this public sector.)
**
But it's alright when the government does it:

Conservatives are asking the Privacy Commissioner to investigate if the online platform used by WE Charity to process applications to the Canada Student Grant Program violated federal privacy laws by potentially storing their data abroad.

No one asked me if I wanted my money to go to people who were warned about this explosive material and did  nothing about it for years:

Canada will provide $5 million to Lebanon following a pair of explosions on Tuesday that destroyed a large portion of Beirut and left at least 100 dead, the country’s foreign affairs minster says.

In a tweet Wednesday evening, Francois-Philippe Champagne said Canada is “providing an initial $5 million in humanitarian assist for the people of Lebanon.”

Did you get that mortgage sorted out, Franky?

Nova Scotia Premier Stephen McNeil is leaving politics, saying he stayed on longer than he'd planned in order to lead the province through the first wave of the COVID-19 pandemic.

The Liberal premier said Thursday that after 17 years in provincial politics, he decided it's time for a change, and he's ready for a rest.

"I'm not leaving because I don't like the job. I love the job as a matter of fact, and I've had tremendous support," he said during a news conference.

"Many people are surprised today that I work with, and I'm sure many Nova Scotians are surprised." He said he concluded that a change in leadership is "the right thing for the province." 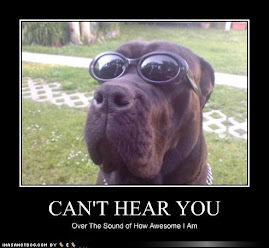